Releases that scored [8] or more in Terrorizer magazine

Another month, another Terrorizer magazine, now on to issue #258. As always, I’ve listed the releases that scored [8] or more in the reviews section. Interestingly (and the first time I can remember it ever happening), this issue’s album of the month, Leviathan’s Scar Sighted, only scored [7], so doesn’t actually make the list. Nonetheless, there’s a fantastic review for it written by Adrien Begrand, which does help to put the arbitrary scoring system in some context.

So here are those albums that scored [8] or more:

Let me know what you think of any of these in the comments.

A look at the output from Profound Lore Records as the first quarter of 2015 nears an end.

In the last few years, it’s safe to say that Canada’s Profound Lore Records has become one of the most important and relevant record labels in heavy music. Releasing some of the best new heavy music around, and with an overriding sense that owner Chris Bruni actually has a passion for the music he is releasing on his label, rather than trying to cash in on fads at every turn, is what leads me to check Spotify every week with the search term “tag:new label:profound-lore”. When that search comes back empty for the week, I feel a little pang of disappointment every time, but then I do tend to go back and invest some more time in at least one or two previous Profound Lore releases that week, so silver linings and all that…

A trip to the “About” section on the Profound Lore website greets visitors with the following Lovecraft quote from The Outsider (and only this quote):

“I know always that I am an outsider; a stranger in this century and among those who are still men.”

The themes of loneliness, the abhuman, and the afterlife that are central to the protagonist in The Outsider quite poignantly represent the way that a small label such as Profound Lore, run by such an avid and knowledgable music fan as Chris Bruni, have started to transcend what were conceived as the traditional boundaries of heavy music. The path that Chris is forging with Profound Lore was probably full of uncertainty to begin with, in the same way as our Lovecraftian protagonist  wondered who he would encounter on his climb up the tower. I hope that most people now recognise the the massive service the label has done for the heavy music community, with a plethora of superb releases to its name over its now more than 10 years. See for yourself: type “label:profound-lore” into your Spotify search bar and dive in. You’ll be hard pressed to find anything truly lacking in quality, even if it might be a little different to what you normally go for.

Since we’re now into March 2015, and Profound Lore has three releases (all stunning) to its name already this calendar year, why not start with these (Spotify links embedded in the covers):

The new project from Aaron Turner (Isis) and Nick Yacyshyn (Baptists), along with some additional bass work from Brian Cook (Russian Circles), is a dark and brooding sludge metal opus that takes the Isis sound that Turner is most well known for into more extreme and experimental places. This one is a real grower, and repeated listens will most likely be necessary (they certainly were for me) for it to really start to click with the listener. In a world without Hydra Head, it’s great to see Profound Lore putting out this project, which to me sounds like a continuation of the sorts of bands Turner was putting out on his sadly now dissolved cult label. One thing’s for sure, though: whether coincidentally or not, he has certainly been more prolific since its unfortunate closure, and that can only be a positive thing for us fans looking to the future.

Seeing Jeff Whitehead on the cover of Decibel recently, a proud first-time father, and reading the excellent and surprisingly frank personal piece that Noisey did with him, it almost feels like Scar Sighted is a sort of rebirth for Leviathan after the already well-documented personal struggles the band’s sole member has gone through in the last few years. It feels like this is going to be a real highlight of 2015 come the end of the year. The work that Whitehead has done in collaboration with producer extraordinaire Billy Anderson (Agalloch, Pallbearer, Swans, et al.) has really set a strong marker for all other black metal releases this year. Hopefully, it also encourages listeners to go back and check out some of Leviathan’s other albums, such as the phenomenal Massive Conspiracy Against All Life.

Again showing Profound Lore picking up the proverbial torch from Hydra Head, this time literally since they put out this mysterious musical contingent’s last opus, the new album from Pyramids is a phenomenal mix of the post-industrial soundscapes of Blut aus Nord and the intense melodies of Krallice, mixed with post-metal, dream pop, and almost psychedelic sensibilities. A dense, almost claustrophobic listen at times, here we have a further example of Profound Lore taking on bands that are truly breaking down typical genre classifications and metal stereotypes. Essential listening again, and with a fantastic, insightful interview with Colin Marston at one of my favourite blogs, Steel For Brains, detailing his contributions to the album, which is well worth a read.

I’ll keep checking for new releases every week, of course, but for now it’s hard to imagine any other label in heavy music getting off to such a consistently strong start as Profound Lore in 2015. And with each of the above releases featuring multilayered, unconventional songwriting and truly unique sounds, they ought to keep the more adventurous and ambitious listeners among us more than content for some time to come. 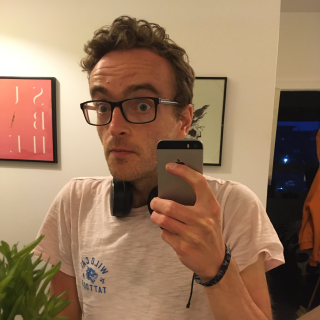